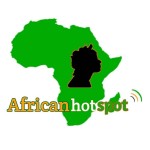 Following the controversy on the real age of  Cameron national team captain Vincent Abubakar who is 28 years old. Many followers of the African cup of nations questioned the reliability and authenticity of his age.

Also recall that many other African players has always Been accused of faking their football age, although the truth remains that it’s not every African player that fakes their age, moreover.; some football players from other continents also fake their age of history should be traced properly.

Come to think of it, why would a football  player want to fake his or Her age? Ofcourse their are reasons why these footballers indulge in this act.

Generally, footballers has an age range of retirement but as we all know, a footballers retirement age is not compulsory or mandatory. One can only retire when he or she feels like retiring.

That been said, let me open to you some of the reasons why majority of African players likes to decrease their Football.

Why do African footballers lie about their Age

One thing that is necessary for survive is money. In other words,  without finance life seems a bit more difficult. Most importantly, when you come from a poor continent like Africa 🌍, you probably Need money to take care of your duties as a family man or woman.

Since football is a good paying job or profession, African footballers take advantage of this in other to Gather enough money before their retirement age draws near.

Another important factor why Africans lie about their age is their time of trail. What I mean by this is; In Africa, before a footballer passes his trails and get picked by a club. It usually takes time and the grace of God to be choosen among your fellow footballers also gunning to be picked.

Once a player is around the Range of 30 years, it’s expected that his or her footballing career is coming to an end. Therefore, for most African footballers to enjoy their career, they reduce their age to the barest minimum. Only players like Cristiano Ronaldo and Zlatan Ibrahimovic can play abouvey 40 and still perform very well.

Most people do it for their selfish interest, that’s enough reason why some reduce their age with much difference. Some loves tlit when they are referred to as being young thats why they do every possible thing to make it happen.